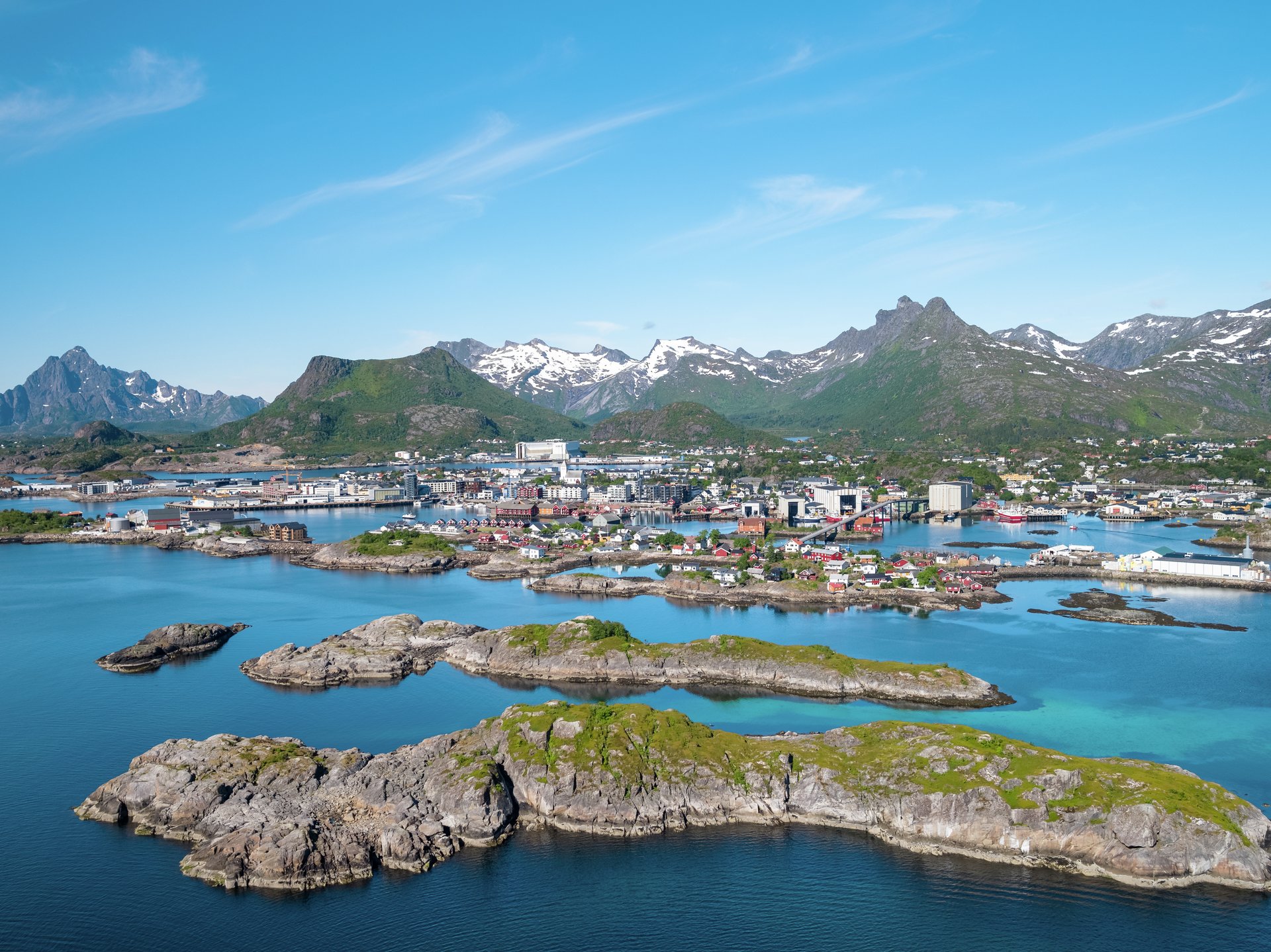 Read here about the different places in Vågan Municipality which are located on the islands Austvågøy and Gimsøy.

Svolvær
Svolvær is the administrative centre of Vågan, with many shops, galleries and the Lofoten Kulturhus. The goat-like Svolværgeita looks down on the town, a challenge to climbers. Most of Lofoten’s accommodation is here, and it is one of the most important harbours in North Norway for maritime services.

A historic area with roots going back to the year 8000, this was the most densely populated area in North Norway in the Middle Ages because of the Lofoten fishery. All the fish were shipped from here for onward export to the continent. Lofoten’s first church was built in Kabelvåg by King Øystein, probably in 1103, and rorbu fishermen’s cabins were built around 1120. The present Vågan Church, also known as ‘Lofoten Cathedral’, was built in 1898. Kabelvåg is part of the area’s cultural history, and also has museums, galleries and an aquarium.

Its beautiful location on the outer edge means that Laukvik is perfect for hiking. You can enjoy the midnight sun here in summer and the Northern Lights in winter. Visit the Polarlightcenter to learn more about these natural phenomena.

Bridges join the many islands of Henningsvær to the mainland. The Venice of Lofoten, Henningsvær has played a significant role in Lofoten’s fishing history and is still a fascinating destination with its many small craft shops, art gallery and pleasant atmosphere. The nearby mountains are excellent for climbing.

Gimsøy on the outer edge of Lofoten has fantastic views of the ocean and midnight sun. Hov is one of Lofoten’s oldest inhabited spots; treasures from the past such as Stone Age and Iron Age burial mounds and landing places may be found between the fairways and tees of the golf course.

The Trollfjord lies in the beautiful Raftsund Strait between Austvågøy and Hinnøy. At its most spectacular, the fjord narrows to a mere 70 metres wide, with high cliffs plunging straight into the sea. On the other side is Digermulen, first visited by Kaiser Wilhelm II on 21 July 1889. Further on are the islands of Skrova, with 200 or so inhabitants in a fishing village famous for its connection to the Lofoten fishery and whaling