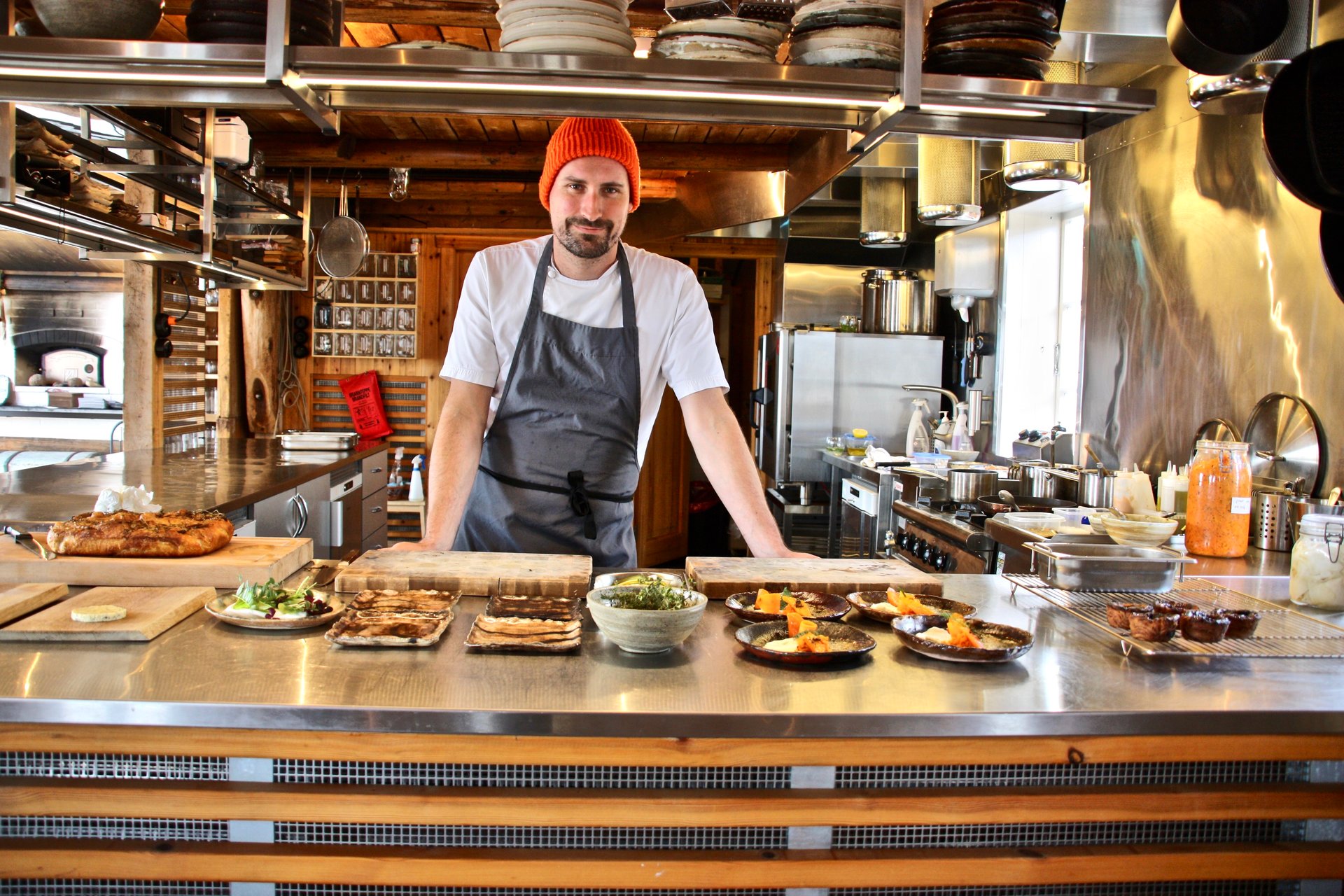 – here are the delicacies you do not want to miss

Autumn not only means beautiful colours, or to be snug under a cosy blanket on the sofa. It is also the time for fantastic food experiences with the season’s finest ingredients. And Lofoten’s culinary table is full of gems that definitely makes it worth a visit.

If you love food – and would like to visit Lofoten? Then autumn is not a bad time to go. While the leaves turn yellow on the trees, the ground beneath them is rich in berries.

“I always look forward to the time when the lingonberries appear. Troll-cream, which is made of whipped egg and sugar mixed with lingonberries, is incredibly tasty. And waffles with troll-cream is almost a national dessert in Lofoten.”

More than a harvest

Autumn is also the mushroom season, and you find large amounts of both chanterelle and boletus in Lofoten. And there is no better way to explore nature than combining it with harvesting mushrooms. Lofoten’s biggest autumn highlight, though, does not grow on the ground. It grazes there.

– The Lofotlam (lamb from Lofoten) is a delicacy that we are proud of. It is geographically protected in the same way as champagne. It is unique, because it climbs up and down the mountain sides during the summer, and it grazes on grass rich in nourishment and salt from nature’s autumn and winter storms.

In addition to this, quality is measured by weight, meat content and fat percentage.

– The result is meat that is extremely tender and tasty. If you are lucky, you may be able to get hold of Lofotlam as early as August, but Lofotlam is slaughtered throughout the autumn season. This lamb’s meat is of course the best choice for Fårikål (lamb stew with cabbage), says Statle.

The cradle of Lutefisk

Another geographically protected product is Stockfish from Lofoten, and in the autumn it is used in Lutefisk. Traditionally, it used to be well into the autumn before the freshwater had become cold enough to rinse the fish – the Stockfish has to be rinsed and soaked in water for several days before it can be used in cooking. You can either eat it as softened Stockfish or treat it with lye to make Lutefisk.

– Many people may associate Lutefisk with the meal on Christmas Eve, but the first Lutefisk is available already in October. In Lofoten, we look forward to enjoying the first Lutefisk of the year. This is a seasonal meal, just like fresh skrei (cod), Statle explains.

Lutefisk is served with the classic mashed peas, boiled potatoes and bacon. It is of course a bonus if you serve it with genuine Lofoten potatoes.

Another fun fact is that at least 50 % of Norway’s production of Lutefisk is happening in Værøy, one of the most picturesque islands in Lofoten.

If you happen to be in the area and would like a taste of Lofoten, why not stop by at the restaurant Maren Anna in Sørvågen? Here you will be welcomed by the previous Head Chef and now Restaurant Manager, Anette Bjørnsen, who has a clear opinion about what you should try:

– It may not be a typical autumn product, but you cannot visit Lofoten without tasting the Stockfish. This is our gold. If you want to prepare it yourself, it can be as easy as lightly boiling the Stockfish and mixing olive oil, salt, pepper and pressed garlic. Serve with boiled potatoes and a lemon wedge and drizzle with the olive oil. Tastes heavenly!

Bjørnsen also recommends Lofotlam, and in her opinion, this is a small national treasure – and a sure winner on the menu.

– I like it here in the autumn. We have both fresh mushrooms and maybe the world’s best lamb’s meat. The result is some extremely tasty dishes.